CLIMATE CHANGE & THE US ELECTION 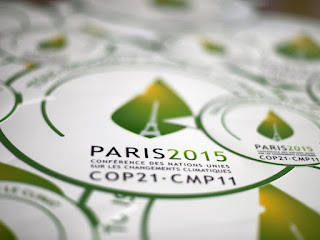 The US election has kicked off in Iowa. Do you wonder where the candidates stand regarding climate change? Surely, it is a bipartisan agreement ... not even close ...

“I don’t believe in climate change,” Trump said flatly, in an interview with CNN in September. “It (weather) changes depending on years and centuries, but I am not a believer, and we have much bigger problems.”

He argued against enacting policies to protect the climate. “We’re not going to destroy our economy the way the left-wing government that we are under now wants to do,”

“Climate change is not science, it’s religion,” he told Glenn Beck in October. Cruz’s American Energy Renaissance Act would open federal lands to oil and gas exploration and allow exports while leaving fracking regulation to states. The act would also prevent the EPA from regulating emissions.

She has called climate change an “urgent challenge,” and came out against the TPP and arctic drilling. She unveiled an environmental plan that promises to install more than half a billion solar panels across the country by the end of her first term and boost the amount of energy that comes from renewables from 13 percent to 33 percent by 2027.

Sanders’s wants to invest massively in solar, wind, and geothermal energy, expanding public transit, and winterizing all homes. Sanders cited climate change as the biggest national security threat. He will ban drilling leases on public lands throughout the country and in the Gulf of Mexico, Atlantic, Pacific, and Arctic oceans.

CLIMATE CHANGE IS REAL –DEAL WITH IT!
Posted by Unknown at 4:13 PM