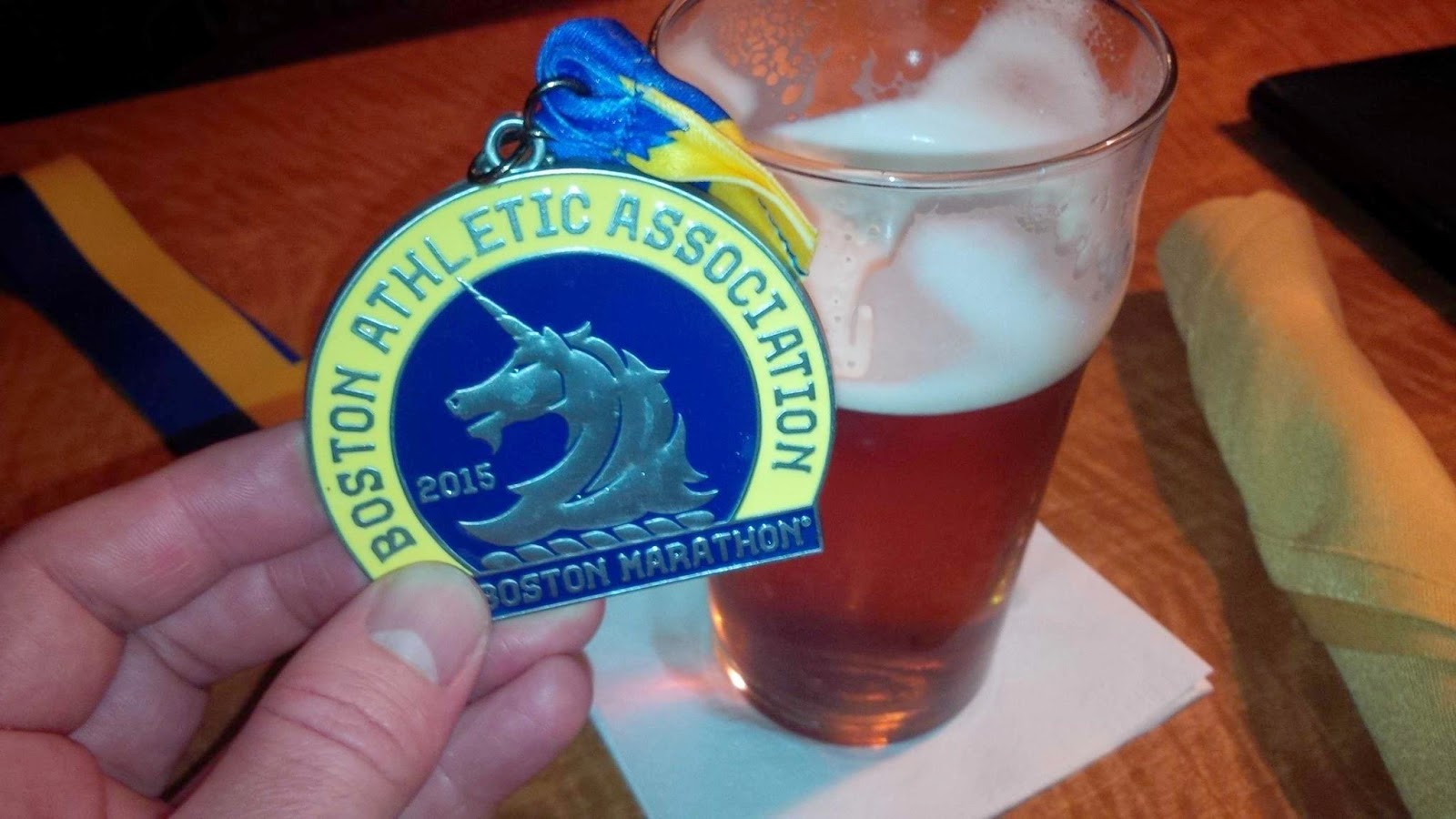 I completed the Boston marathon this week. I ran with an injury and had the joy of shivering my way through four and half hours of rain whilst been over taken by 10,000 other runners.

I have come home and due to a (new) foot injury I am unable to walk more than a few feet. But, I have a medal and I ran the Boston Marathon—the mecca of the amateur marathon runner.

However, I look back and I can’t help but feel there is a moral to this story; lessons learned.

I qualified last May and smiled for two weeks and started to plan my domination of Boston—or at least the dream of a new PB (personal best). July arrived and a mysterious sore heel. I hobbled through three weeks awaiting for scan to find out I had a stress fracture. I then slipped on a boot cast for eight weeks, followed by a month of slow rehab and in November, I ran four painful kilometres.

I started slowly building up the mileage; slow, hard and painful. I got to January and I was still trying to complete both a half marathon and a run where my plantar fasciitis (a result of my immobility over the summer) did not plague me. Just as I became worried, I had a break through, a pain free run. I quickly followed that up with a half marathon and things started to fall into place toward the end of January. I ran a half marathon in ninety-six minutes and suddenly a PB seemed an outside possibility again. A week later, my back gave out. I missed nearly three weeks of training.

Even when my back was better, I had to be careful with it. I eased back on my training and stopped any focus on speed and start a do a run\walk regimen to try and drag my mileage up—I was still floundering around 21 kilometres as we moved through February and into March. I got up to thirty kilometres with one run\walk (10 minutes running and one minute walking) when disaster struck; I got a chest infection.

I had to stop for two weeks as a fought the infection and I started to have my first thought of pulling out. I start running again but the chest infection had ripped away all my lung capacity and my run\walk plan had become a more walk than a run. Then with three weeks left, my back gave out again.

No, the days of plans had gone. I had to make a decision, was I going or not.  My friends and family rallied around me and I decided to go. No further training or planning.

The day came and, hyped up on pain killers, I stepped out into the cold and torrential rain and started the Boston Marathon with one goal—finish! Four and half hours later and in a considerable amount of pain, I received my finisher’s medal, coming in at 22,429th position.

So, what are the lessons learnt:

1. Make a plan but don’t be inflexible let the plan breathe and change with circumstances.

2. Be positive and keep moving forward.

3. Review your goals and make sure they are realistic. It helped when I changed my goal from a PB, to competing, to finishing.

4. Expect things not to go to plan and roll with it. I did more rolling than a ball down the hills of San Francisco.

5. Don’t do it alone. I had help from my family and big hugs. A physiotherapist, massage therapists (who was amazing), and a chiropractor for the physical wellbeing of my body. Friends who pushed and encouraged me and brought me a beer now and then.

6. Never give up. I smiled through the pain, once I held my medal.

7. Adversity makes for greatness. The harder something is to achieve, the better the feeling when you accomplish it.