The head transplant: Elixir of Life or Pandora’s Box? 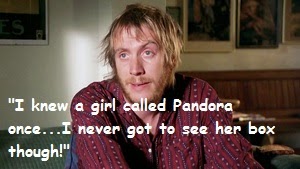 In my new novel Blood Ties, I explore the real world of mass blood transference for cosmetic treatment.

Already, my book does not look like science fiction, in fact it might be old news compared to the announcement that we will be ready to perform a full human head transplant by 2017.

Sergio Canavero, an Italian doctor, is looking to assemble a team this year to make it happen. As science progresses, at ever increasing speed, I ask you, is this potential break through an Elixir of Life or Pandora’s Box?

I have listened to a couple of interviews with Sergio Canavero. I understand English is his second language but he seems to have mastered the grammar, so his weird, maniacal way is perhaps normal? In one interview he actually refers to the first patient as Frankenstein’s monster…nice!

He is against animal experimentation and so the first human trial will be the first live trial of his new method of severing the spinal cord to allow reconnection to work, by removing the trauma and scarring usually present in spinal injuries.

Experimentation in head transplants has been carried by other doctors over the last 60 years, and searching for these experiments on line exposes you to some very disturbing images.

They have not been without their achievements. One of the most successful experiment, carried out in 1970 by a Doctor White, left a rhesus monkey with, by all observations, a working body and brain.

However, other doctors reported the monkey was in considerable distress, suffering confusion and great anxiety for the 8 days that it lived—there was no obvious cause of death.

The obvious recipients will be people whose own body no longer functions correctly. People suffering from tetraplegia or muscular dystrophy will be the first target group. Additionally, he has been criticized for saying it might help people with Gender Dysphoria, saying he has transsexuals lining up to volunteer.

Going back to my novel, I think the biggest market will be cosmetic treatment. The procedure will cost around $15-$20 million, and so the billionaires of the world will find this to be a chance to live longer with younger bodies.

In addition, with the new organs, natural drugs and better blood supply you will see the head grow younger too.

4. Who would donate their body?

Ethics seem to be drifting behind in the wake of progress here.

You donate your body because you are dead, you do not need it any more. The person receiving your body has a new lease of life. This person is going to do the one thing that comes naturally: sex, and probably a lot of sex. Your body is going to be screwed by a number of people you have never met. Maybe, the donor is gay and the recipient is not or vice versa.

Okay, you are dead and know nothing about it but is this any different than if you were heavily sedated with no memory of the event—it makes it no less traumatic. The recipient might be an alcoholic or drug addict, how do you feel about the abuse on your body.

This does ask the question of what defines who we are? Is it just our mind?

Then there are going to be people who will “sell” their body at death to give their family money or to pay off a debt or because of threat or due to fraud.

And what of the jail sentence for a crime of illegally obtaining a body. An eighty year old might happily spend twenty years in jail for the body of a twenty year old.

This is Pandora’s box and more evil will come of it than will be cured by it. Don’t open it.