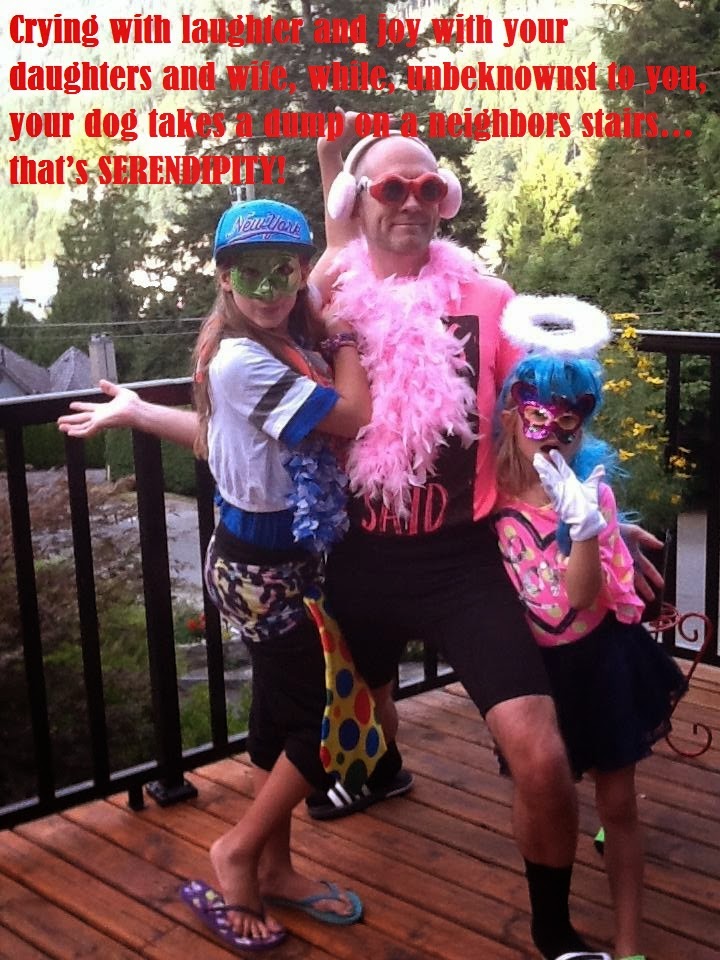 This week my amazing word is:

SERENDIPITY was first coined by Horace Walpole in 1754, who was referring to the “silly fairy tale” The Three princes of Serendip.

A tale I will re-tell to you shortly.


Interestingly enough, this story also contributed to the evolution of detective fiction; a little bit of Sherlock here.

BTW: The adjective is an even more opulent tongue rolling experience: SERENDIPITOUS.

It's not a discovery, it's a stumble into the past, serendipity.

Although this theory has been widely accepted, finding an actual shock breakout was due to extreme serendipity.
Here is one of the tale from the Three Princes of Serendip:

No sooner do the three princes arrive abroad than they trace clues to identify precisely a camel they have never seen. They conclude that the camel is lame, blind in one eye, missing a tooth, carrying a pregnant woman, and bearing honey on one side and butter on the other. When they later encounter the merchant who has lost the camel, they report their observations to him. He accuses them of stealing the camel and takes them to the Emperor Beramo, where he demands punishment.

Beramo asks how they are able to give such an accurate description of the camel if they have never seen it. It is clear from the princes' replies that they have used small clues to infer cleverly the nature of the camel.

Grass had been eaten from the side of the road where it was less green, so the princes had inferred that the camel was blind on the other side. Because there were lumps of chewed grass on the road the size of a camel’s tooth, they inferred they had fallen through the gap left by a missing tooth. The tracks showed the prints of only three feet, the fourth being dragged, indicating that the animal was lame. That butter was carried on one side of the camel and honey on the other was evident because ants had been attracted to melted butter on one side of the road and flies to spilled honey on the other.

As for the woman, one of the princes said: "I guessed that the camel must have carried a woman, because I had noticed that near the tracks where the animal had knelt down the imprint of a foot was visible. Because some urine was nearby, I wet my fingers and as a reaction to its dour I felt a sort of carnal concupiscence, which convinced me that the imprint was of a woman’s foot."
"I guessed that the same woman must have been pregnant," said another prince, "because I had noticed nearby handprints which were indicative that the woman, being pregnant, had helped herself up with her hands while urinating."

At this moment a traveler enters the scene to say that he has just found a missing camel wandering in the desert. Beramo spares the lives of the Three Princes, lavishes rich rewards on them and appoints them to be his advisors.