A Quick 5 Point Novel Guide to LAY vs. LIE. 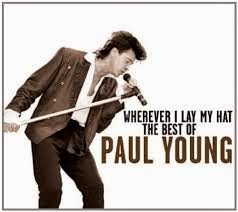 Okay, I am the first to put my hands up. In my novel, Blood Ties, I made a mistake regarding the use of LAY.

When my friend pointed the error out, I had no clue I had used LAY incorrectly, then and all previous times before—I’m forty...something—and that is a lot of errors.

But don’t you worry because I will make sure you do not spend the next forty plus years using it incorrectly.

A quick 5 point novel guide to LAY vs. LIE.

An example of a song that has the grammar correct is “Wherever I LAY my hat” by Paul Young. Here, Paul is laying his hat down somewhere.

If you say “wherever LIE my hat” it doesn't sound correct and so this is good way to remember the correct use of LAY vs. LIE.

You LAY something down.

Frankly, I blame Eric Clapton for his song “LAY Down Sally” which I thought meant Sally LAYS herself down—in the song it does—but the grammar is wrong. The words imply that Eric Clapton is asking someone else to put Sally down, not asking Sally to LIE down.

3. Past Tense is where it gets confusing.

All good? Okay, the past tense of LIE is LAY, yeah, this is a bit of spanner in the works.

The past tense of LAY is Laid.

Last week, Paul Young laid his hat down after it the rain stooped.

4. Past Tense vs. Past Participle

For the next bit you need to understand the difference between past tense and past participle.

A quick and simple explanation is past tense is a verb, an action, which occurred in the past.

A past participle is used to show completed action.

We ate snails in the restaurant.

The snails were eaten in the restaurant.

5. Look into the Past Participle

The past participle of LIE is LAIN.

Sally has lain on the bed all week.

The past participle of Lay is LAID (phew, a bit easier to remember.)

Paul Young has laid his hat down.

Use Paul Young to remember: