A Quick 5 Point Novel Guide to AFFECT vs. EFFECT 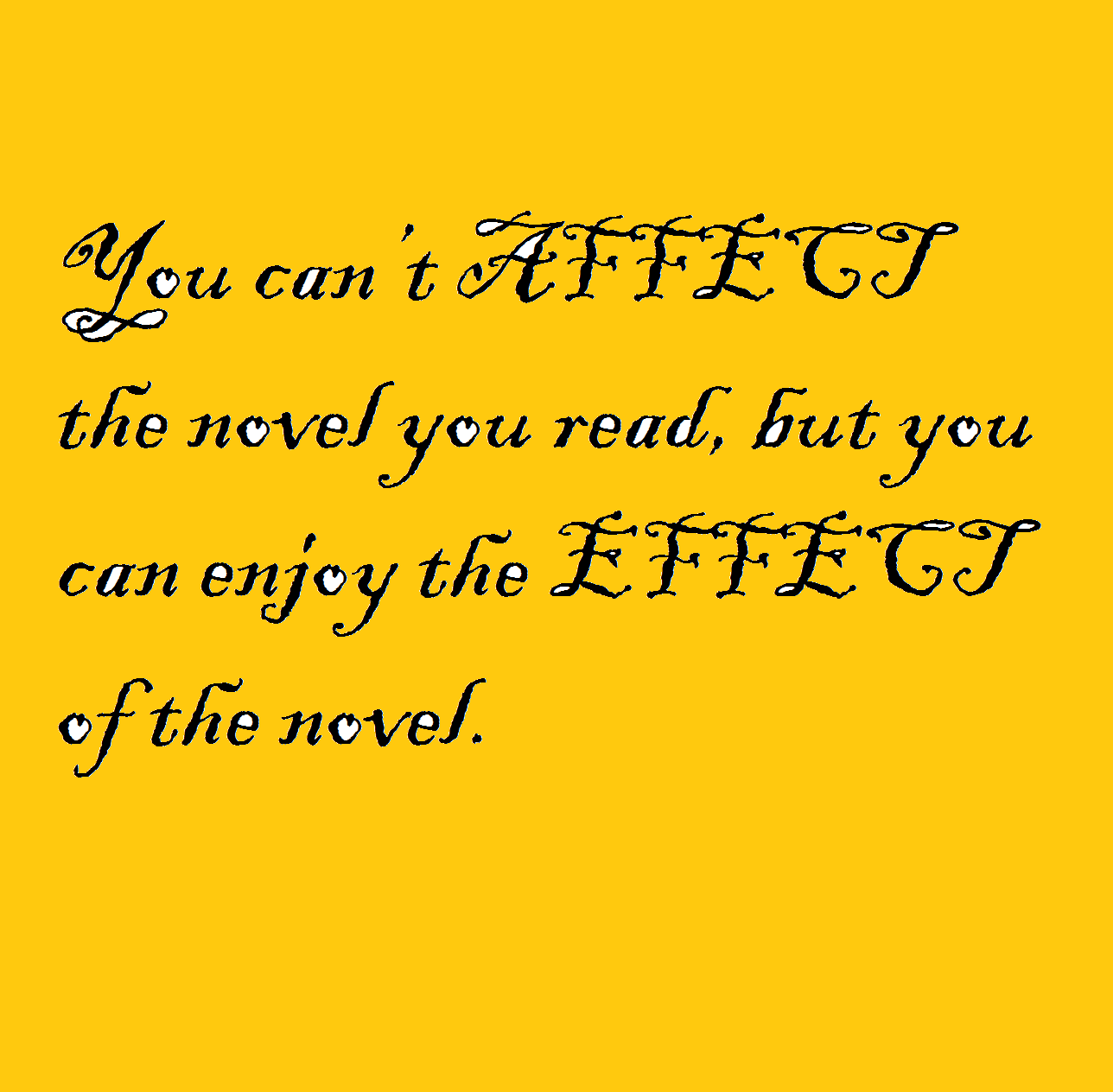 When do you use AFFECT rather than EFFECT, and vice versa?

This can be one of the trickier challenges. It is a mistake I see quite often.

I will start with an important recap.

A NOUN is a part of speech which refers to a person, place or thing. A Noun answers the question: “What?”

A VERB is a part of speech which indicates action. A VERB is an action word which answers the question: ‘How?’

EFFECT means something “influenced” or something that is “produced by a cause or a result”.  My time was slow, the effect of a broken toe.

The crops felt the effect of the rain.

4. AFFECT is a verb
AFFECT means “to influence” or “produce and effect a change in”. “My broken toe affected my time in the marathon”.

The rain affects the crops

5. Exception
There are rare exceptions. EFFECT can be a verb when try to produce something big, “the government tried to EFFECT change”. 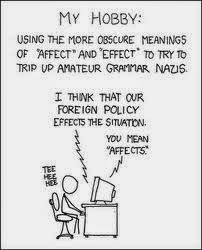