Why did you start writing? 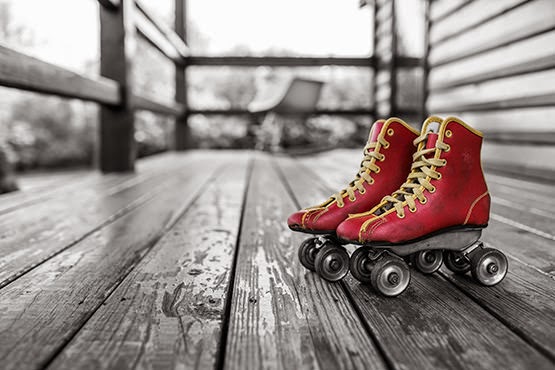 When writing a story, writers receive inspiration in many forms. We have dreams, we see something unusual, we read an article; the list is endless. We then take this to a unique conclusion.

But what inspires writers to become writers in the first place? What makes a person decide to undertake the art of writing and spend agonizing years fighting crisis in confidence trying to create a novel complete strangers will want to read? I imagine we all have that “a-ha” moment.

In the Kite Runner, Amir has his moment when reading to Hassan, under their tree, when he substituted the story in the book with his own. Hassan loved it.

Well, here is my story.

The night I passed out on Peter’s bathroom floor

I haven’t always been a writer. Fifteen years ago, I thought writers were magical creatures born with predetermined genetic coding. Their parents looked down upon their child in the crib and brushed the soft locks from the child’s forehead to reveal a birth mark in the shape of a pen. I believed you were either born a writer or a normal person—not both.

This had been my thinking until one fateful night in London. I got invited to a birthday party by Jen, a friend from work. She threw the birthday party for her boyfriend, an unemployed writer; as yet unpublished. All I heard was “bum”, a rogue living off his hard working girlfriend.

They lived in the lower two floors of a suburban brick house with a nice garden. The party started outside with the BBQ smoking away in the evening sun. I knew a few Kiwi’s from work and ended up with them in the kitchen—as all good parties do—and there I met “the boyfriend”, Peter. As bad as it may sound, I have to admit, I may have been predisposed not to like him. To make matters worse, he presented like the scruffy scoundrel I expected.

I mumbled a happy birthday and reluctantly accepted a glass of black rum and coke. Unfortunately, Peter proved to be difficult to dislike. I found his ability to weave a funny tale instantly endearing, reminded me of a saying my best mate, Cameron, lived by, “never let the truth get in the way of a good story”.

So that evening, I drank black rum with Peter—the first and last time I drank black rum—and listened to his outrageous stories. I found myself sat, drunk as a skunk, on his sofa talking about roller-blades. Peter wanted roller-blade but he didn’t want to ask Jen because she had spent enough money on him already. I told him I had a pair—I had already spent some time in Vancouver—and I made him a proposal. I’d give him my roller-blades and in return I asked for a draft of his book when a publisher accepted it. By this time, even though Peter seemed a normal person, I was convinced he would be published.
We shuck hands on the deal, I drank more black rum, and passed out in his bathroom.

The next morning, my girlfriend dragged me back across London to our home in Golders Green. Time passed, I married, moved from London to West Vancouver, and become a father to a beautiful daughter, Milan.

One day, a parcel arrived at my door. Inside, I found a typed manuscript of a novel with a message written inside the cover, “I hope this novel hurts your arse as much as your roller-blades hurt mine, Peter”. Peter’s novel was to be published, and he was a normal person—he didn’t have a pen birthmark on his head, I know because I looked.

I read the novel that night, the next night I started writing. I no longer believed you had to be special, you just needed to want to write, and, oh god, I wanted to write.
Every year, I get better and one day someone will publish my work.


What was your inspiration to become a writer?
Posted by Unknown at 6:53 AM